Australian Justin Melvey’s fast rising career might at first seem predictable… a handsome actor launched by a popular TV series. But little about Justin is predictable. Prior to his acting global success, Justin’s athletic talent saw him become a Pro World Cup Freestyle Ski representative for his country and an international model for major fashion labels globally.

Justin’s success around the world includes his acting achievements on home soil in his lead role as Harry on Australia’s premier evening show ‘Home and Away’. This was the award-winning role that earned Justin a prestigious Logie for Best New Talent on Australian Television (equivalent to the American Emmys).

Theatre has always been another passion embraced by Justin that saw him leave the popular TV series to break new ground as a Shakespearean thespian in one of the leading roles in ‘The Complete Works of William Shakespeare’, which opened at the Sydney Opera House. Justin took advantage of the opportunity to stretch his talents on stage and played Hamlet, MacBeth, King Lear, Titus and the 33 of Shakespeare’s other leading men. Originally a hit play on the West End in London, Justin has just finished the national tour in Australia (late August 2001).

In addition to his hilarious performance he gave in ‘The Complete Works of William Shakespeare’, Justin then proved to be a successful comedian in his improvisational comedy stint on Channel 10’s ‘Good News Week’, ‘The Great Debate’ and performances at the Fox Comedy Store in Sydney.

In 2001 Justin signed a two-year network contract for a leading role on NBC’s number one daytime drama ‘Days of our Lives’. His mysterious character Dr Colin Murphy worked for the legendary bad guy character Stephano Dimera. During Colin Murphy’s time in Salem he juggled many story lines with his cousins Bo and Sammy Brady and his on-screen love with popular daytime princess Jennifer Horton.

During his time on ‘Days of our Lives’, Justin starred in Showtime Movie of the Week ‘Faultline’ in a leading role with Doug Savant (Melrose Place, Desperate Housewives). Justin starred alongside Doug in this action-drama, which took place in the Florida Keys. 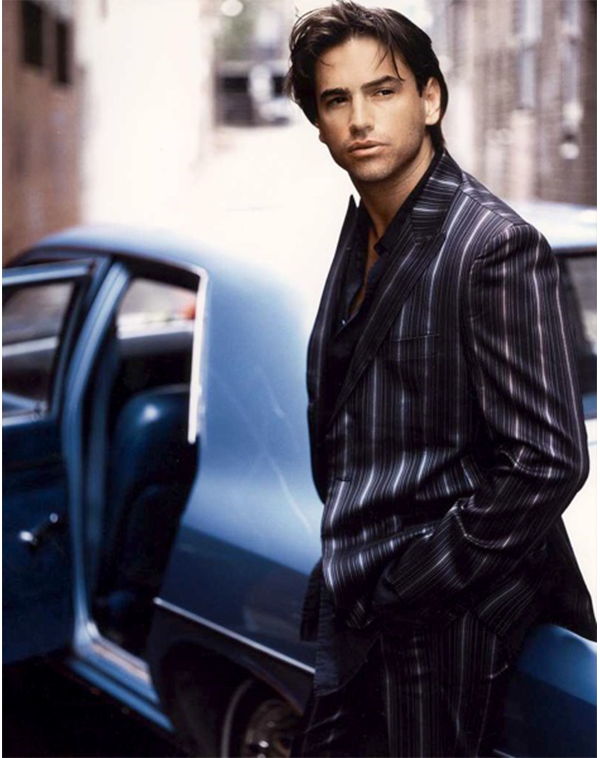 In 2004, Justin returned to Australia to be a celebrity participant in Network 7’s top rated variety show ‘Dancing with the Stars’ (Series one). Justin succeeded to the semi-finals scoring top 10 scores in dances the Tango and the Rumba and raised up to $20,000 for his charity Diabetes NSW. During this time he also managed to fly between Sydney and Los Angeles to finish his contract on ‘Days of our Lives’, which was extended due to his popularity with American television audiences.

In 2005, Justin’s next role was on the popular ABC Network hit daytime show ‘General Hospital’, playing the boyfriend of the show’s daytime princess Kelly Monaco’s character, ‘Sami’. Kelly’s popularity soared from winning the American version of ‘Dancing with the Stars’ and a story line ark was created which gave Justin the opportunity to perform the Rumba alongside Kelly on ‘General Hospital’.

In 2006, Justin made the bold move of accepting the offer to participate in ‘Celebrity Survivor’ on the island of Vanuatu, reflecting his motto of being up for any kind of challenge set before him. He succeeded beyond all expectations lasting the entire series to make it into the final round of the hit Channel 7 show alongside former World Iron Man Champion, Guy Leech; a ratings success with audiences.

In 2008 – 2009, Justin starred in his own hit Prime Time TV series ‘The Phone’ on Foxtel Australia. He played a fictional character in this action-packed, reality-based drama. The series is a cross between ‘The Amazing Race’ and ‘Bourne Identity’.

Justin gets his ambition and drive from his dedication to extreme sports, “My passion started from my youth with out-of-bounds helicopter drop skiing in the Colorado Rockies.”

Snow skiing has been the most integral part of Justin’s life since the age of three. By the age of 15 he was competing in the State Racing Team and ranked in the top five in Slalom in the Australian National Junior Championships. Having a passion for moguls and aerial jumping, Justin was selected for the Australian National Freestyle Team where he traveled the world competing on the World Cup Tour. He was 17 years old when he achieved second place in the National Championships. 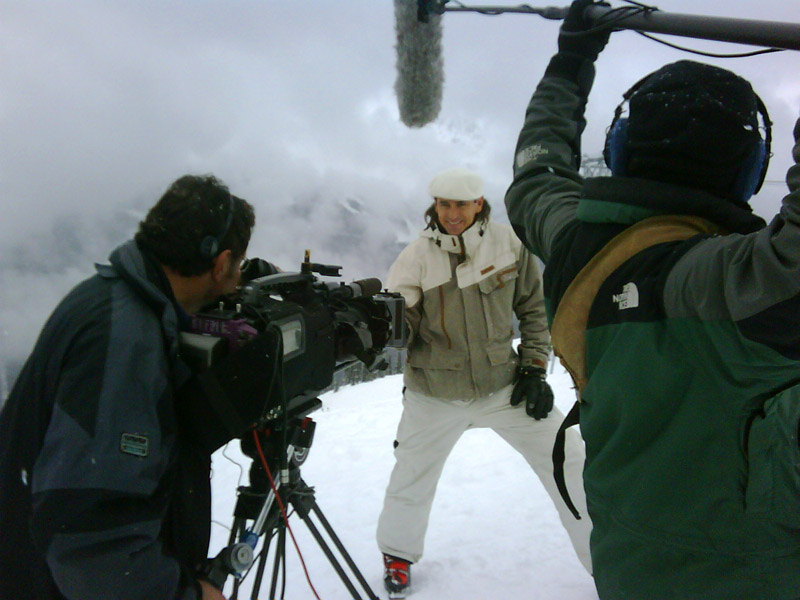 In 2010 Justin was honored to be part of Winter Olympic Games in Vancouver, Canada as a Foxtel host bringing informative coverage back to Australian viewers. He remarks, “Interviewing the current world champions of that day from other countries participating in the winter games was a highlight.”

Martial Arts also attributes to Justin’s discipline as an actor. At the age of eight he began training in the style of Shotokan Karate at a local surf club in Sydney. Not only did he earn his black belt seven years later, he also graded 2nd Degree Black belt before he was 20 years old under the ruling of 6th Dan master from Japan, Sensei Takahashi (who is credited with the JKA, Japanese Karate Association of Australia). Justin competed on the NSW state fighting team for three years. With an ambition to achieve Karate Instructor status, Justin earned his Level 1 coaching credentials with the renowned Australian Institute of Sport.

Active Reserve’ status. This began at five years old competing in local beach and surf swimming carnivals, which eventually led him to achieve his Surf Life Saving Qualifying Certificate, Bronze Medallion and Advanced Resuscitation Ambulance Diploma. He is a current active member of his local Surf Life Saving Club to this day. 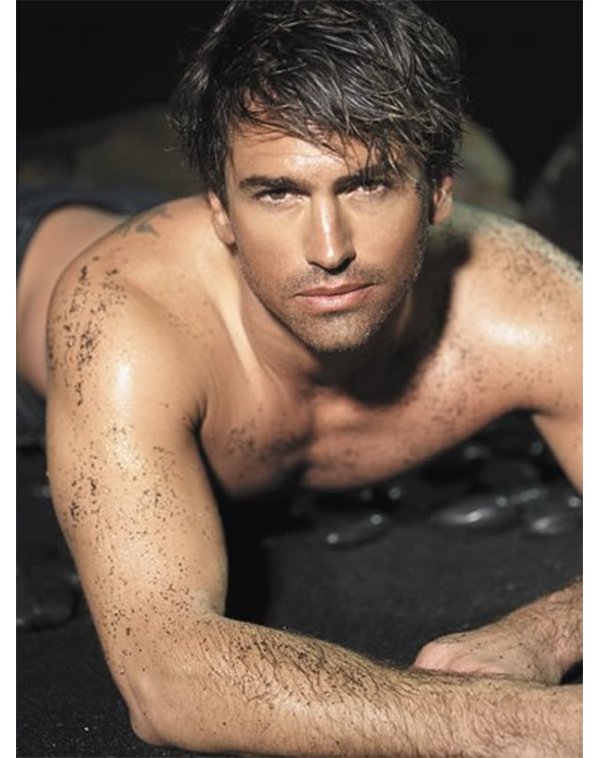 Justin has also dedicated a large part of his life to charity. He helped raise funds for many children’s hospitals in Australia including his role as a proud Bandage Bear Ambassador for 14 years, working with the Leukemia and the Make A Wish Foundation.

Since 2000, Justin travels every year to Lake Tahoe USA to raise money for the Special Olympics. He takes great pleasure in sponsoring athletes with Downs Syndrome and kids with special needs so they may reach their personal sporting goals. Justin also travels to Vail, Colorado to help raise money for the Vail Valley Foundation which has seen him work alongside Christopher Reeves, Bobby Kennedy Jr, Buzz Aldrin and stars from hit shows such as ‘The West Wing’ and ‘Alias’.

Throughout his career Justin embraced US charity, ‘Big Brother, Big Sister’, which takes him to events in Big Sky, Montana. Working with NFL stars, he assists with raising money to help foster care children.

Justin and his family have a very special heartfelt understanding of Type 1 diabetes and in 2014, the DANII Meads-Barlow Foundation proudly announced Justin Melvey as their Celebrity Ambassador as a symbolic advocate of the Foundation’s mission to help save lives.

Justin has taken few predictable steps but close analysis of these reveal that the only predictable part of this actor’s career is his willingness to push the boundaries and take risks no one would have expected.